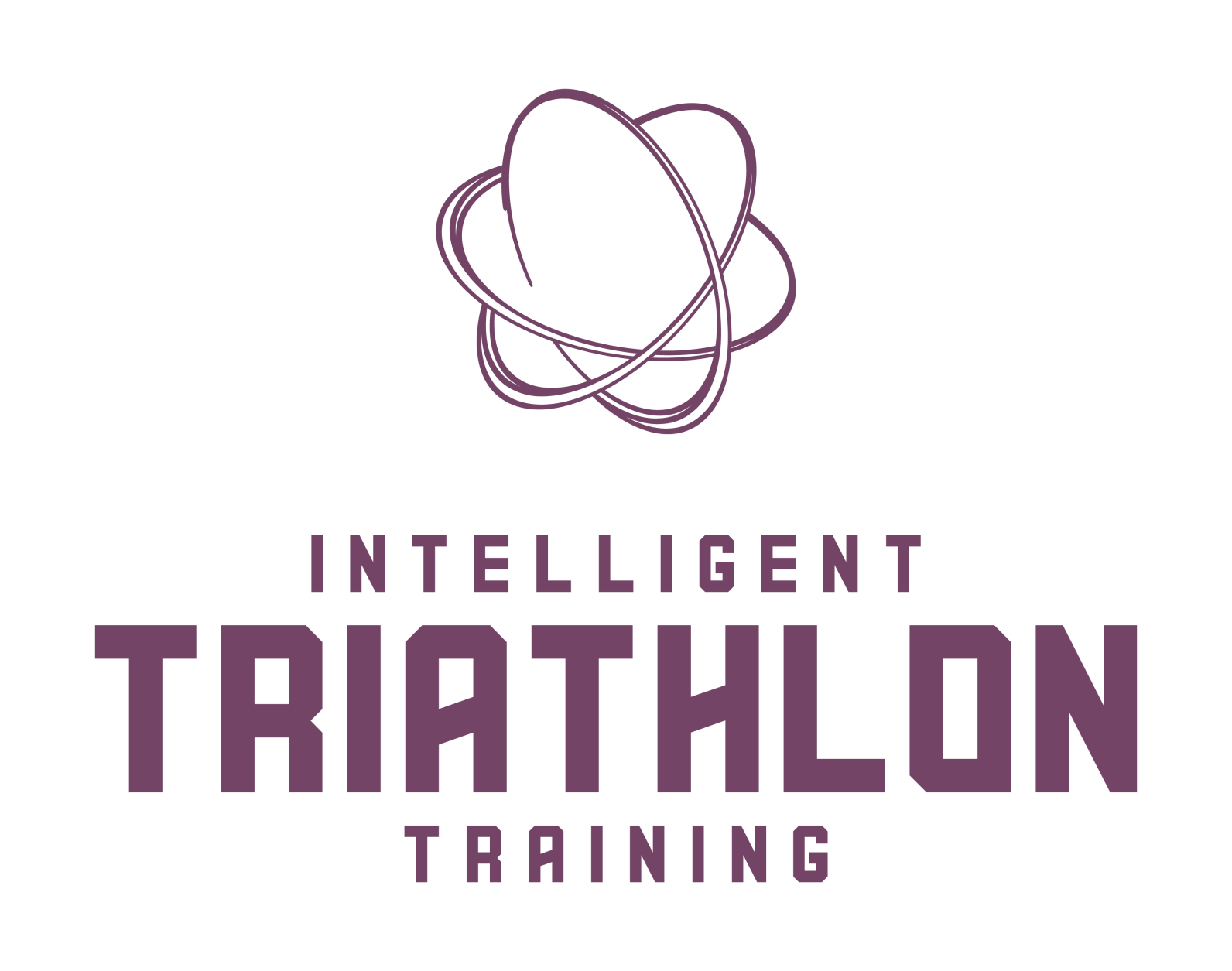 Why Does Running Economy Matter to Triathletes?

How is Running Economy Measured?

To measure running economy you need to be in a physiology lab with a metabolic cart to measure oxygen used during running.

Running economy is expressed as the volume of oxygen used per kilogram body weight, per kilometre run (ml/kg/km).

There are a few devices and methods of calculating running economy if you can’t measure it directly in a lab. For instance, the Stryd power meter (include image) for running creates metrics for running efficiency which can be converted to estimated values for economy.  In my experience, these can track very closely with lab data, and we do now use them to track athlete’s economy during the season.

Running economy is expressed as the volume of oxygen used per kilogram body weight, per kilometre run (ml/kg/km).

There are a few devices and methods of calculating running economy if you can’t measure it directly in a lab. For instance, the Stryd power meter (include image) for running creates metrics for running efficiency which can be converted to estimated values for economy.  In my experience, these can track very closely with lab data, and we do now use them to track athlete’s economy during the season. 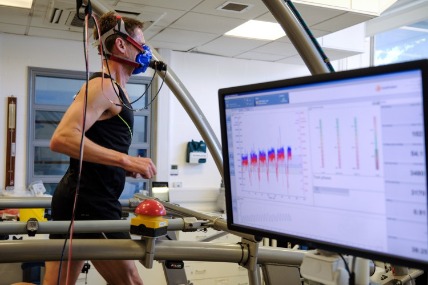 Running economy is influenced by a number of factors including:

My opinion on this aspect is it often depends on who you are.  For sure we can see biomechanical changes in runners off the bike, resulting in slower speeds at similar or higher heart rates than we would see in a straight run.  Some of this will be a physiological response to fatigue (increased core temperature and increased reliance upon fats).

However, some of this response will be due to poor mechanics due to fatigue (collapse of the pelvis on the standing leg, greater contact times leading to lower elastic storage).

In an area where so many factors impact the end result, sport science has real issues with recruiting sufficient numbers of subjects in studies to really make meaningful conclusions that we as coaches can apply to real-world situations with athletes.

By understanding all the issues then applying them to the athlete you are working with you can begin to unpick what is influencing performance or where the potential gains are.

HOW DOES RUNNING ECONOMY AFFECT PERFORMANCE?

If you can improve economy, then you can run faster for the same oxygen cost or a lower fractional utilisation.

If you have read our article on VO2max you may remember the example of the athlete, we had in the lab who had a VO2max of 91ml/kg/min and a running economy of 250ml/kg/km.

At 18km/h he will cover a kilometre in 3m 20s and use a huge 77ml/kg/min of oxygen. For an elite runner this speed is not that quick, but the oxygen requirement is greater than many international distance runners VO2max! Yet it is still only 85% of this athlete’s VO2max.

Clearly, if this athlete is to improve his performance, running economy is something that he needs to focus upon.  He is never going to have a ‘great’ running economy, but he obviously has much greater potential to improve this compared to his VO2max. 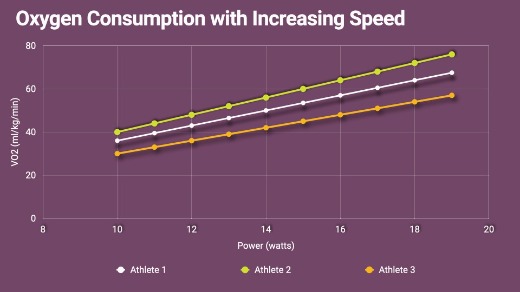 How to Improve Running Economy

You can't do much about the last one, except choose your parents better next time.

Specific lower limb exercises can increase muscular strength and leg stiffness and helps to release more free energy.  Essentially this is making you bouncier - think of a tennis ball or a hockey ball hitting the ground.  One will bounce, the other not so much.

Image of someone doing plyos

Several studies have shown the positive influence on running economy of a strength and conditioning programme aiming to develop the strength of the tissues in and around the foot, Achilles, and lower limb, through improved elastic energy storage.

Add to this specific plyometric exercises which are themselves a form of strength training and this is probably the most effective means of improving economy. 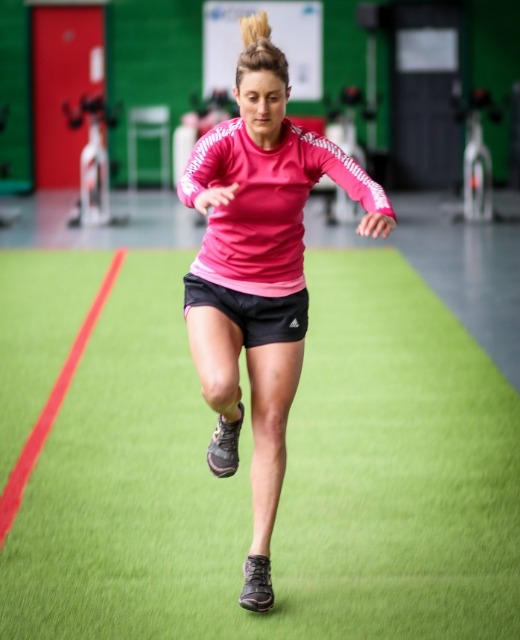 Most endurance runners will be performing aerobic runs, below LT1, and increasing this volume, without inducing injury is another method. However, this takes time and so I would consider this a more natural development over time than a specific intervention.  Over a period of years, you will run more volume, but you are doing it for better reasons than a little improvement in running economy.

Stability in the pelvis can prevent leaked energy (diagram) and helps to improve the effectiveness of the lower limb stiffness. This is a two part problem, part 1 is learning to stabilise the pelvis from the start, part 2 is developing the endurance to hold this as you fatigue.  Again, specific strength and conditioning exercise would be the focus here.

I currently coach a triathlete who uses a Stryd or training and racing.  From the data we collect through this and from a lab test, we know his running economy is at best described as ‘poor’ (~230ml/kg/km).

From his race and training data from the Stryd we can see that his biomechanics change very little in long runs (half marathon/marathon), and are remarkably consistent in his Ironman and 70.3 performances.

As he has considerable experience in endurance running and cycling, it's unlikely he has a low proportion of type 1 fibres, although it's possible working harder to increase them might yield a better economy.

His running gait is not that of a ‘classical’ runner, but he has very little vertical oscillation.

The best conclusion is we need to boost his bounciness, or more correctly the stiffness of his Achilles/foot/lower limb interaction and possibly work on some technical aspects which will enhance his potential use the elastic energy.

We have introduced a plyometrics programme into his running 2 - 3 times per week, and reduced the volume of running he does for a period of time to allow him to adapt to the plyometrics.

We have more on the type of programme he is undertaking in the Plyometrics for Running article.

The athlete reported 'feeling' the extra bounce after a few sessions of the Phase 1 Plyometrics, and we began to see meaningful changes in his Stryd data after ~ 6 weeks.  3-months after we initiated this programme we performed a repeat of a half marathon run in training (Covid-19 lockdowns prevented us from using races).

For the same power and at the same bodyweight he went 3min faster on an identical course in similar conditions.  Thus efficiency has been improved by reducing the energy cost of running speed, through increased elastic energy storage and return.

If we now focus more on developing FTP and increase his sustainable power, then he will go significantly quicker than his initial performance.